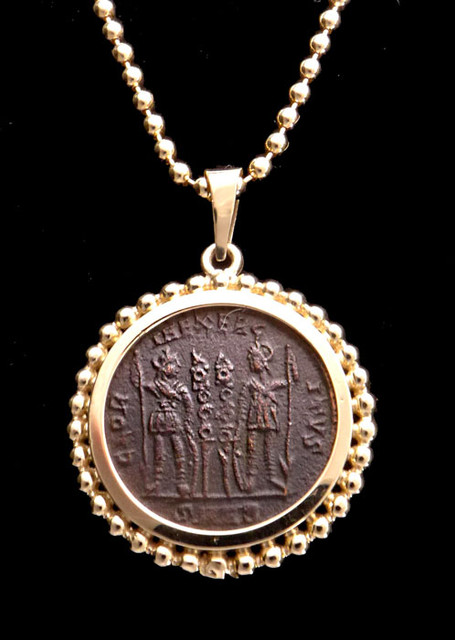 This exceptional Roman bronze coin was minted during the rule of Constans, one of the sons of Constantine the Great (Rome's first Christian emperor).  It is set with the reverse side showing a mint condition detailed image of two Roman centurion soldiers holding two military standards.  The inscription around this image is "Gloria Exercitus" which translates to
"The Glory of the Army".  It is set in a beautiful, hand-made 14K yellow gold beaded pendant setting.  This coin features superb detail and relief, as well as a beautiful dark chocolate patina.  This is a perfect piece for any enlistee, veteran or wife or mother of a member of the military.  From a time when the military of Rome personified honor, serving as the ultimate protector of the order of one of history's greatest societies.