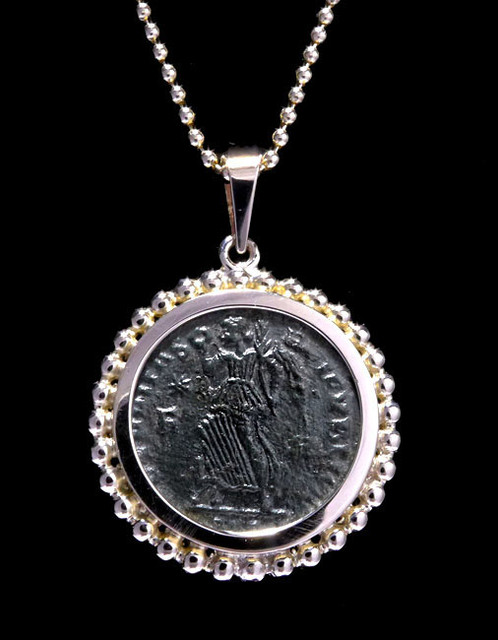 DISPLAYED WITH A BEAD CHAIN - MEDIUM

This rare, highly detailed ancient bronze Roman coin was minted under the rule of the house of Constantine, during reign of his descendants.  After the miraculous Christian conversion of emperor Constantinus Maximus, "Constantine the Great", reverse side coins did away with the pagan gods of Rome and featured either military themes of strength or victory or, angels as this one does.  The reverse side is shown displaying a superbly preserved "VICTORY" angel holding a crown of laurel leaves.  It is set in a handmade 14KY gold beaded pendant setting.  A perfect gift to commemorate a personal victory or strength!